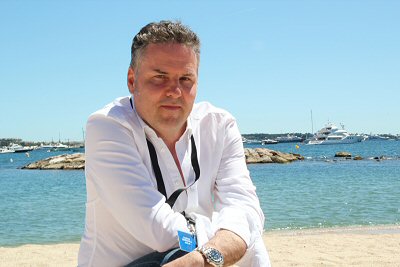 We had discovered the German director Andreas Marschall with the excellent TEARS OF KALI, a film shot in 2004 and released in DVD in France in 2009 ! Since then we have not heard of him until we met him in the alleys of the Cannes film market 2011. Good news, the director is about to finish its new opus, a strange film named MASKS.

Eric Dinkian: Can you tell us what you have done since TEARS OF KALI ?

Andreas Marschall: I wrote screenplays for companies and for my own projects. I wrote about 3 or 4 different screenplays for horror films in order to get financing. It was planned to be bigger budgets. One of them was TEARS OF KALI 2. I tried to get funding, it didn't work in Germany because you never get funding for horror films there. I still have 2 projects in development with a bigger company. One is a cannibal movie and the other is a supernatural mystery movie based in Italy. These 2 films have no funding yet. For this reason and because it's been a long time since my last film, I decided to shoot another film in between. It's called MASKS. 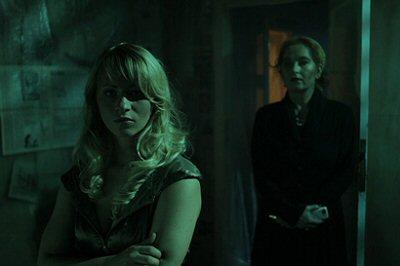 It's almost finished, we did the editing and sound effect. The sound check is not completed. I think by the end of June it will be completely finished. I wanted to show it in Cannes but the sound wasn't finished on time. It will be in Cannes next year. It's a homage to giallo films. I shot this film without any funding. I just went to a drama school in Germany. I said: "give me your school for the holidays (laugh). I need your actors, actresses and I need your school to build sets". And they said: "OK". We started to shoot during summer holidays.

How can you achieve a movie without any funding ?

Giallo movies normally contains lots of small scenes. It's not just a straight story line. You need different locations, extras. Fortunately I had the school so I could go in again and again. I shot during 2 holidays, summer and winter, I shot again and again little scenes and put them together like a jigsaw puzzle (laugh), it was really adventurous! 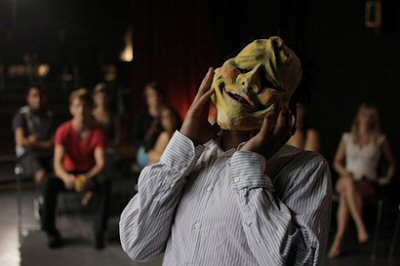 The current mood is around zombie flicks, hardcore violence. Why the giallo?

Nearly everybody at the moment does torture porn. I like these films, I like to watch them but for my own film I did not want to do the same thing. I thought it would be better to do something special, different. The reason I did the homage giallo is that normally you cannot do this with a big budget, it's not really fashionable at the moment. As it was self-produced, I had complete control. I also had this school where I could do what I wanted. This was my chance to do a homage to giallo! When we launched the trailer, everyone said: "oh I want to see it", so I said to myself "Ok maybe it's something people want…"

The trailer is very effective, very disturbing, not because of the violent scenes but because of those people wearing those strange masks. Were you searching for this kind of effect ?

It's got a few splatter scenes but less than in TEARS OF KALI. It's got more atmosphere, mystery and this feeling of the 70s horror and thriller films. It may be creepy too. The idea with the mask is that there are acting techniques with it. When someone puts a mask it changes the personality. This is an acting technique that we presented in the movie. 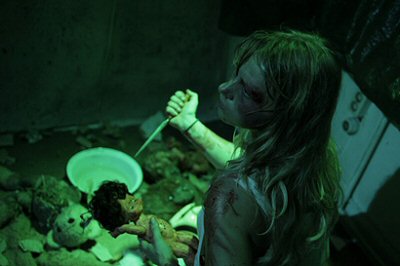 What reaction do you hope from the audience ?

The reaction that would make me proud would be the fascination for the atmosphere. The number one aspect in this film is the atmosphere. When I was young I saw all these giallo movies especially Sergio Martino's films. It was always like a dream. It wasn't straight, logical stories but it was more a dream with rooms, spaces and music. I was really fascinated by this and I tried to recreate this feeling. 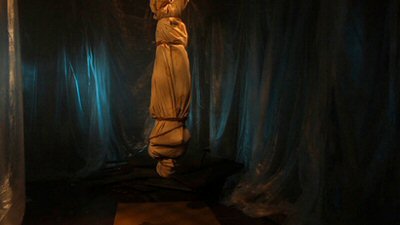 You said earlier that the German industry does not support horror movies. What do you think about France ?

Well, I think France is paradise (laugh). Whenever there is a French horror movie we get to see it, like HAUTE TENSION or MARTYRS. MARTYRS is my favorite movie. There's a lot of creative freedom in France for this kind of film I think. In Germany it's almost impossible to think about a project like MARTYRS. In Germany you cannot say you shoot a horror film, instead you say you shoot a mystery drama. Anyway it's very difficult.

Is there anything else you want to say to our readers ?

I hope people will have the chance to see my movie, to enjoy it and have the same fun I had when I watched the giallo movies of the 70s. It's a time travel tour, I hope it works. I hope to be in a festival in France with my beautiful actresses! France is THE country in Europe for horror films at the moment.